I try not to be too precious about physical media because it is, in fact, amazing that we have so many movies, video games, books, music, art, and everything else at our disposal within a few mouse clicks. But I do kind of bemoan the loss of intrinsic value that physical media can impart. Like, I don't think I've ever been interested in a movie while scrolling through a streaming service the way I did browsing Blockbuster as a kid. And I certainly don't get as attached to video games when I have thousands on Steam, GOG, itchio and other services right there begging me to purchase them. And let's not even speak about what's available to emulate!

Like understand, I really revere physical objects and have, at times in my life, been a rampant collector of random stuff. As I child I collected rocks, stuffed animals, postcards, Scooby Doo-branded merchandise, Coca-Cola bottles… Then, as a teenager, I got into media-based collecting with more books, movies, and videogames.

I have a special place in my heart for physical copies of videogames in particular because, well, maybe they feel more personal to me. Especially the ones I collected and played. I loved finding cheap old games that I'd never heard of, particularly on the PlayStation and PC games, and reading all the material in the jewel case or box, and appreciating all the artwork and the design of the packaging.

Plus, the act of discovering a game and getting enthusiastic about it is as important to the experience for me as playing it. I loved stopping in at thrift stores and game shops while on family vacations, begging my parents to buy me a used old game from the bargain bin, then idolizing it during those long drives in the car, reading the instruction manual, fantasizing about what the characters were like, how the player could interact with the world. I remember doing this with a number of games throughout my childhood: Wild ARMs, Lost Kingdoms, Barrow Hill, Schizm: Mysterious Journey. I liked that I hadn't heard of them before, that I had no way to learn about them, and that they could be my own little discoveries.

I don't collect much anymore (or at least I try to keep it more digital), but I have held onto some old video games. Like the game in the image above, the PS2 survival-horror game Rule of Rose. It is incredibly rare these days! Copies can sell for hundreds of dollars. Rule of Rose is a weird, clunky experience with some tedious design choices, and it's easy to emulate, but for some reason people are desperate to get a physical copy of it. Which I hope means others have this same reverence for these objects that I have.

The secondhand games market is unfortunately flooded with sellers who drive up the prices, which only goes to show me further that the way I used to discover media is getting less and less possible. Physical stores for video games are getting less common, and the most common ones don't really carry weird old stuff anymore.

Digital distribution streamlines things, which is good for creators, but at the same time, the more you have open to you, the less valuable anything feels. Like I don't complete games as much anymore because they take a lot of time and little screenshot boxes on the game client don't really give me the personality that box art can and anyway, there's a dozen more games like it that I might rather be playing. It takes a lot more for a game to feel personal to me now, and I end up finding myself drawn to the same games I used to play as a child.

It's both good and bad and I don't want to wax nostalgic about it TOO much (like, there's no way but forward, so why complain?), but it does make me wonder about shifts in how we value art, and what reaches us, and how. 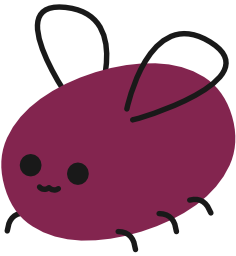 There was another round of "why is it so hard for small games to get games media coverage" stuff going around on twitter, though I don't want to talk about what frustrates me about these discussions (I did a Blog about this back in May), and instead just want to share a thought I just had a few minutes ago. One I'm sure isn't new either, but I haven't really thought about much before.

It's not like smaller games coverage was better ten years ago. You can probably make a solid argument that it was worse. I think the problem really is not that mainstream games sites cover less indie games, but much more that most of the sites and blogs below the larger outlets have mostly dissappeared? I remember way back when I started to really dive into indiegames in the late 2000s, how most of the games I found were through smaller blogs and personal sites where people just wrote about them. From there, some games then got coverage from larger outlets as well, but usually you didn't go to a large gaming outlet and expected them to cover a ton of smaller games.

However since blogs kind of withered away (I know they still exist, but the ecosystem is so different nowadays, that they might as well not be there), that part of games coverage also disappeared from the public perception, which means you kind of expect larger sites to do things they aren't, and never were, equipped for?

So I've been doing that parent thing where I'm playing this because the kid really wanted it but tends to hit snags fairly often so I'm constantly playing just enough ahead to help out but not far enough to be noticeably ahead by much. It kind of works on a sort of back and forth! They go forward, I go forward a bit more so I know what's next, they go forward and ever onward.

It's quite an enjoyable way to play something I'd otherwise not really bother with, playing something that I don't have any investment in beyond this and don't really care for. But oh boy, do I still have thoughts about this here videogame.

Or rather, its early reception.

Now, I'm naturally wary of f2p stuff in the early launch stages because unless it's Blizzard and they don't give a solitary fuck there's a tendency towards making the monetisation feel less oppressive, the screws don't turn so tightly at first. I'm surprised that this manages to work pretty much every single time! The "well, I played loads for free" is strong in the press and bless.

So there is that and Dreamlight Valley currently obscures the monetisation by being a largely pay upfront for access model for now. You can see where the squeeze is going to come from, it just doesn't. It's going to be pretty brutal if the current structure is anything to go by because right now, it's really not a generous game and I don't expect that to improve any either. It is simply not structured around any sort of kindness or respect for the player at its heart.

Which brings me round to what's been bugging me about its early reception because it's been difficult to find a write up in the mainstream that doesn't compare the game favourably to Animal Crossing when no, it just isn't the same thing in the slightest. It's not even close. Even compared to the perpetual task list grind that is Pocket Camp it's kinda much nastier in construction. Because, ultimately, it is precisely what you'd expect of Gameloft taking on this sort of thing.

It is perpetual grind. It is filling bars constantly. It is forever being under resourced. It is about little more than constantly tapping at things to get more things then running out of energy. It is juggling multiple currencies. It has a battle pass.

I can't see how this even bears comparing with Animal Crossing! Thinking about Donlan's piece about New Horizons fighting for the soul of the game a lot, you know? Because Dreamlight Valley is what's left when the soul and charm has been stripped away. When the subtleties, slowness, friendliness give way to making numbers go up and there is nothing else remaining. Well, almost nothing! There's still the brands. All praise the brands.

When I think about Animal Crossing I think about KK Slider and the wonderful art on their records, I think of meeting Celeste as shooting stars fall from the sky. I think of wanting to wedgie a raccoon and being tempted to try pigeon milk in my coffee (the things I'll agree to in a videogame!). I think of its gentle pacing and how it's fundamentally a game about tending to things, making things nicer. The island can be your little mess or paradise but still, others live there and do aeroplanes around the place, sometimes they seem a little sad and need cheering up or reassurance. Occasionally a pirate is passed out on the beach.

None of that is present in Dreamlight Valley. Friendships are transactional, you pump time, money or gifts in to make a number go up and to get stuff back. Crops grow once and no more. Everything else is to be taken. You dig up the land, you take all the fish, you constantly smash the rocks to get the gems to get the money to get the sofa hours upon hours later when you've worked enough. Sure, you can move things around the island - you can pop down trees, move a house but the game will always spoil the landscape you tend to because every single thing requires filling bars, constantly, eternally.

There's no lightness, no whimsy. Everyone you meet is a Disney brand Tom Nook who wants something from you except sometimes they go "hyuck hyuck" or something until you want to push them in a lake.

Within no time, you'll find yourself with a quest log exceeding most MMOs or Ubigames and you will be fetching 5 gems, 2 planks and a partridge in a pear tree for characters wot are Disney and then doing it again. Forever.

It's a game that leaves no time for respite, no moments of quietness, whimsy or beauty because the number gods must be appeased. It is clutter and work. It is grind.

In short, it's the exact fucking opposite of Animal Crossing and I don't know what's going on in folk's heads to even suggest these things are interchangeable.